The natural gas storage deficit grew yet again as this week’s injection of 46 Bcf came up noticeably short of the 56 Bcf market expectation. This build may be more robust than last year’s value of 31 Bcf, but it pales in comparison to the five-year average of 62 Bcf, which more accurately reflects the state of the thin storage levels that the market is currently experiencing. On a regional level, record demand has been recently reported in ERCOT for July, resulting in a 5 Bcf withdrawal from storage in South Central this week due to increases in cooling demand and power burns. Despite the recent heat waves in the South Central and West regions, the potential development of a weak El Niño could provide cooler weather patterns for the East later in July and into early August, so a small opportunity to close the storage deficit could present itself. Unsurprisingly, dry gas production continues to hover near 80 Bcf/d, but, according to a recent report from Constellation, it would still take an additional 5 Bcf/d to return to average storage levels by the end of injection season.

The August 2018 NYMEX Futures price began the day around $2.71/MMBtu prior to the report’s release, but has since jumped to $2.77/MMBtu after the report was posted. 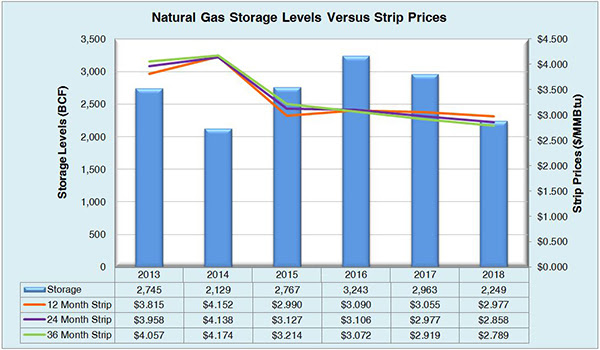 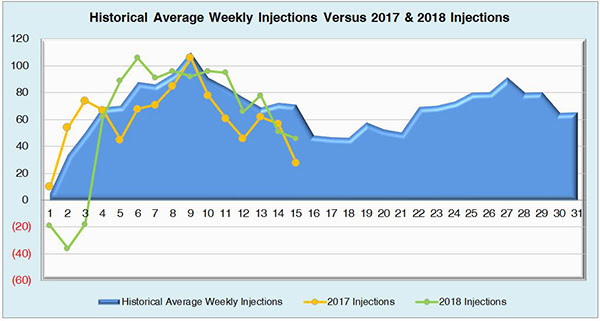 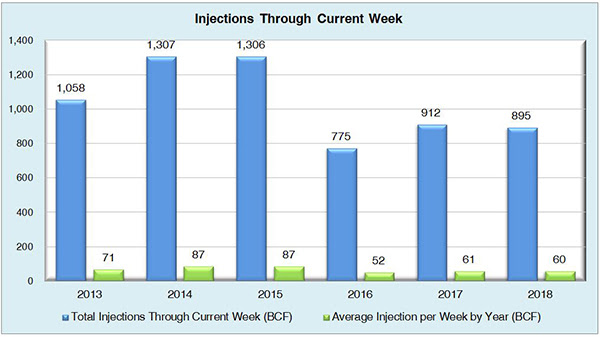 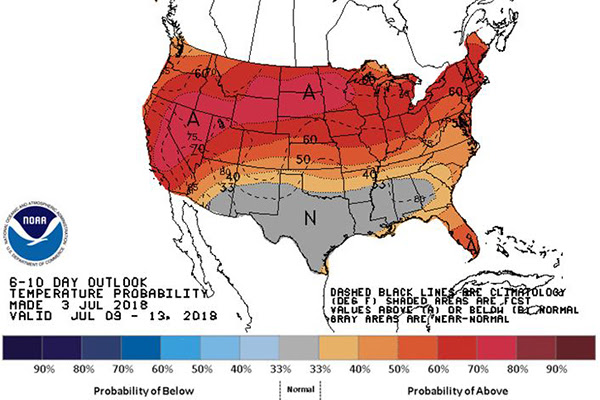 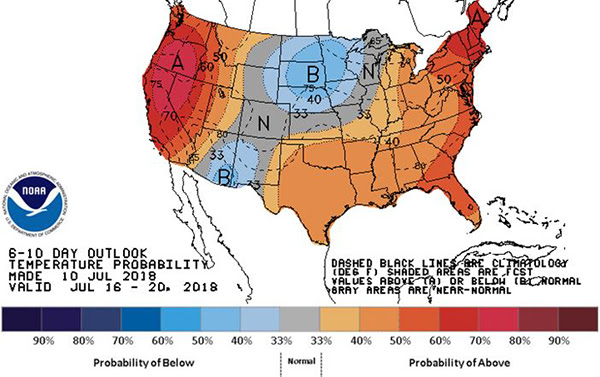