The injection of 69 bcf fell in line with several survey ranges, most notably with Reuters (60-76) and EBW Analytics Group who accurately forecasted the below than average build number. The injection is less than the 87 BCF reported this time last year as well as the 5 year average of 76 bcf. Per NGI, this is due to the impending impact of Hurricane Florence as it approaches land. There is an expectation of a major loss of demand due to extended power outages and that the nuclear fleet located in the Carolinas could be shut down due to flooding. However most expect that Florence, which has now fallen to a category two status, will not be as extreme as Hurricane Irma which severely ravaged Florida over several days. Per EIA, 2 of the 11 nuclear power plants in Georgia, North Carolina, South Carolina, or Virginia were operating at slightly reduced levels: one unit of the Brunswick plant (operating at 88% of capacity) and one unit of the McGuire plant (99%), both of which are in North Carolina. In 2017, nuclear power provided 36% of the electricity generated in those four states.

Natural gas futures for October delivery traded up about a penny in advance of the EIA’s report, at around $2.83 per million BTUs, and it rose to about $2.85 shortly after the report was released. 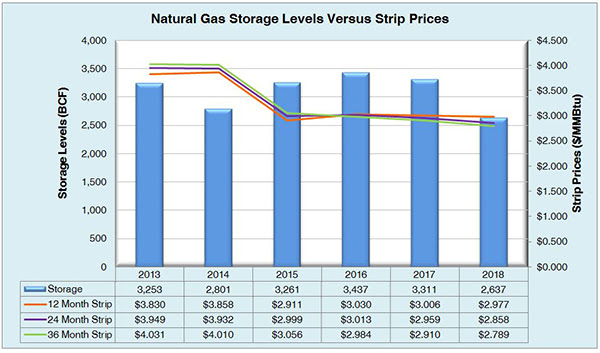 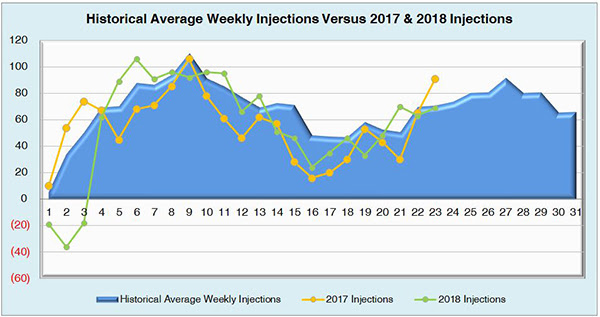 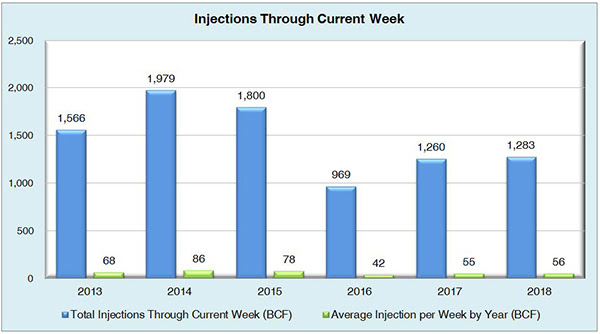 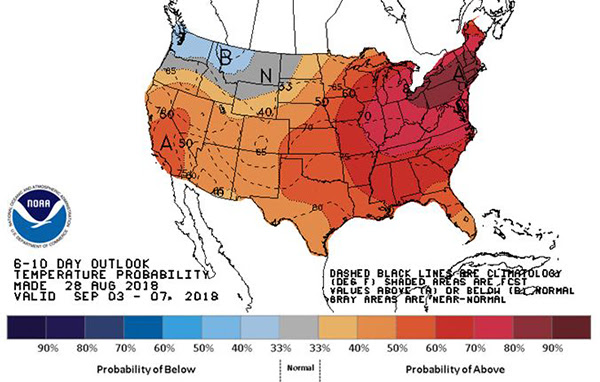 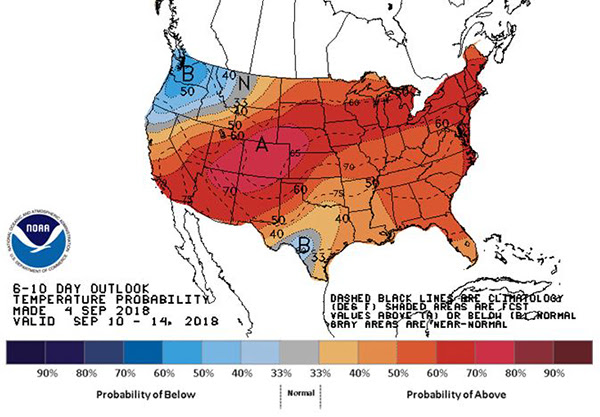