The deficit in working storage inventories received some much needed relief as this week’s injection of 98 Bcf exceeded the market expectations that ranged from 88 Bcf to 91 Bcf. Historically, this week’s injection managed to beat both last year’s build and the five-year average, which were reported at 44 Bcf and 84 Bcf respectively. After a nearly 25 cent jump over the last three trading days of the November contract month, the rally on NYMEX may finally be slowing down, even in the face of some short term colder weather patterns over parts of the central and northern U.S. that are in the forecast for the coming weeks. While the market has seen prices reaching highs of over $3.20/MMBtu, the highest in over a year, it isn’t likely to remain. Temperatures are predicted to sit around 1% higher than last winter and dry gas production continues to set records every few days, so, extreme weather occurrences notwithstanding, neutral to downward pressure on prices seems to be the consensus on the winter months ahead.

The November 2018 NYMEX Futures price began the day around $3.21/MMBtu prior to the report’s release, but has since dropped to $3.18/MMBtu after the report was posted. 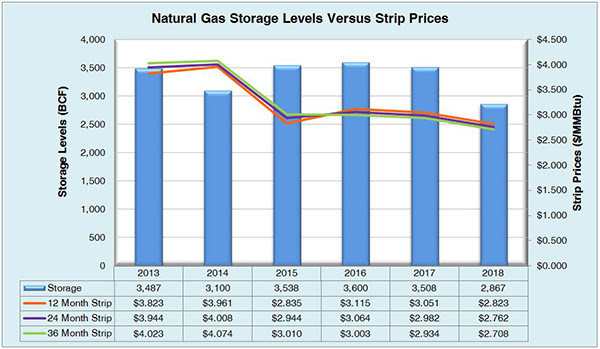 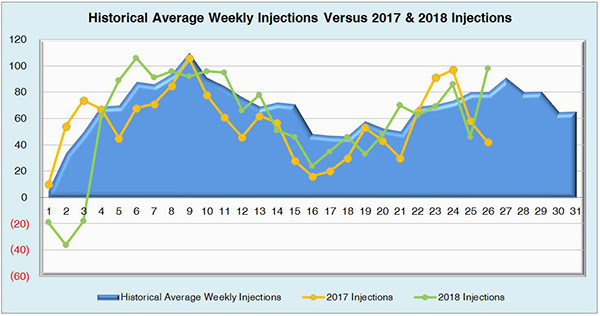 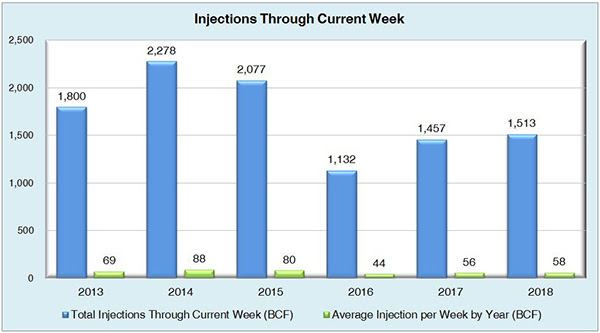 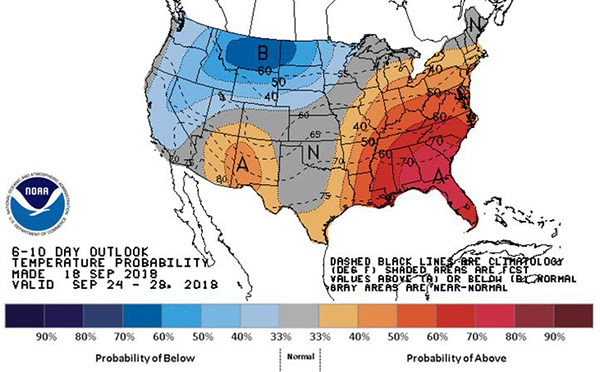 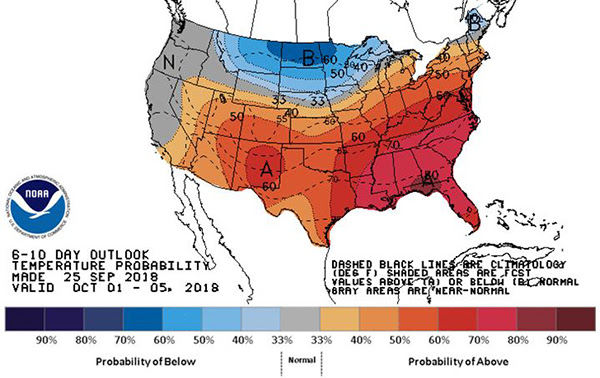