As we enter the home stretch of injection season, this week’s build of 90 Bcf managed to surprise no one as it fell directly in line with multiple market expectations that ranged from 90 to 92 Bcf while additionally settling in a similar range against last year’s injection (87 Bcf) and the five-year average (92 Bcf). Despite the uneventful injection, NYMEX futures are holding tight to the recent gains that have occurred over the past few weeks, most of which can be attributed to the forecast of cooler-than-normal weather patterns extending their stay in key demand areas such as the East and South Central regions of the Lower 48. The storage inventory deficit of over 600 Bcf against the five-year average has yet to see any substantial relief, ironically adding more fuel to the fire and potential for sustained increases in prices for the current contract month of November, as well as the NYMEX Winter Strip average of $3.299/MMBtu. In other fundamental news, Hurricane Michael, expected to bring production loss due to evacuations of multiple producing platforms along with demand destruction across the Panhandle and Carolinas, was recently downgraded to a tropical storm, but the effects of this weather event will be fully realized in next week’s report.

The November 2018 NYMEX Futures price began the day around $3.21/MMBtu prior to the report’s release, but has since decreased to $3.19/MMBtu after the report was posted. 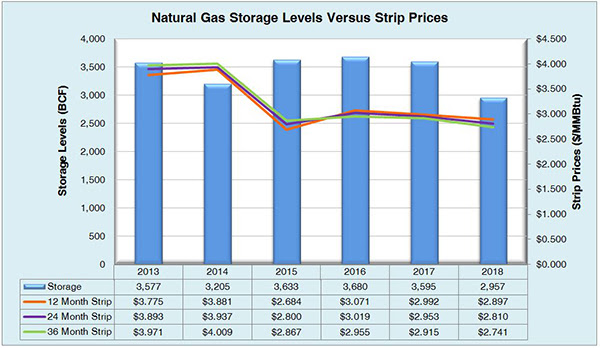 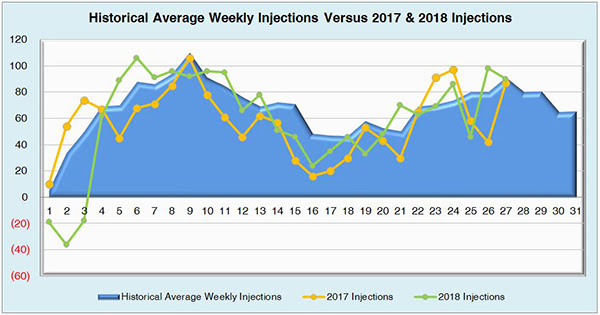 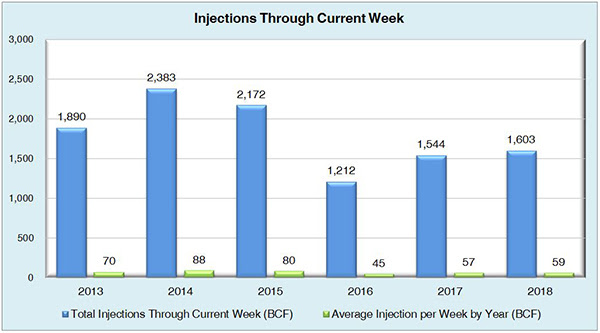 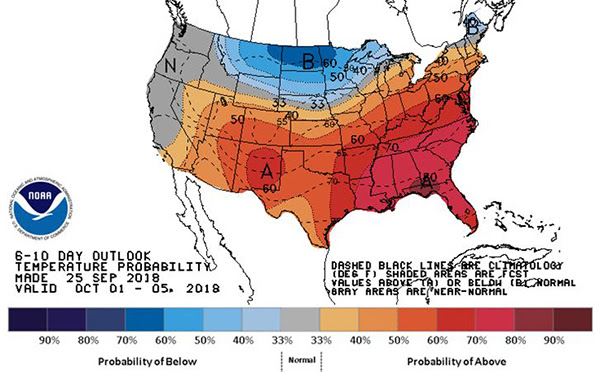 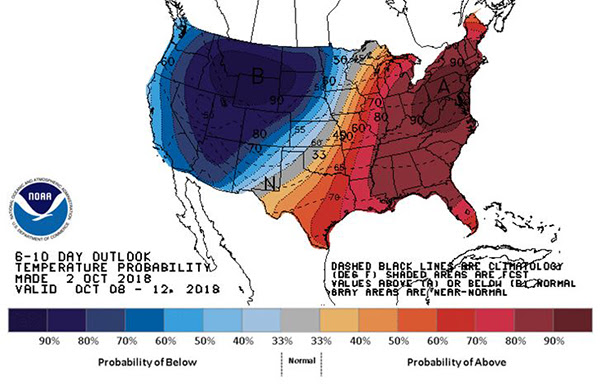