Storage inventories finally crossed over the 3 Tcf mark this morning as the current week’s injection of 81 Bcf fell short of the market expectation of 83 Bcf. Regardless of this build outpacing last year’s 51 Bcf injection and the five-year average of 79 Bcf for the same week, the working gas deficits continue to maintain the gains seen on the November contract month and NYMEX winter strip over the past several weeks. Weather patterns in the eastern and southern U.S. ended up warmer than expected during the reporting week as the West and the Plains managed to trend colder also. The warmth in the East and South Central regions contributed to 45 Bcf of this week’s injection, which certainly provided a slight bit of relief in the potentially dismal storage picture ahead. In other fundamental news, Hurricane Michael provided both bullish and bearish effects as production was shut down, but demand was also adversely affected in Florida and the Carolinas. Now that injection season is winding down, the current pre-winter cold is starting to certify the possibility that storage will be lucky to hit 3.3 Tcf in the coming weeks. And the market could be working with the lowest working gas inventories since 2005 as we head into the end of the year.

The November 2018 NYMEX Futures price began the day around $3.26/MMBtu prior to the report’s release, but has since fallen to $3.23/MMBtu after the report was posted. 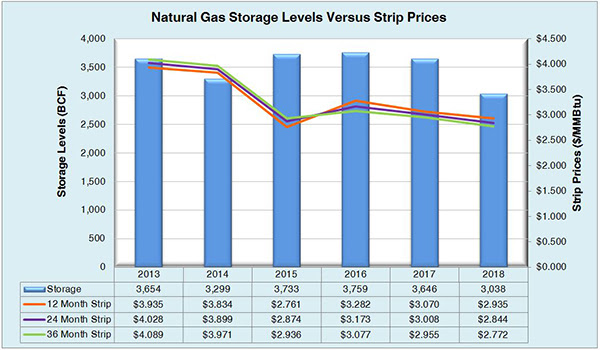 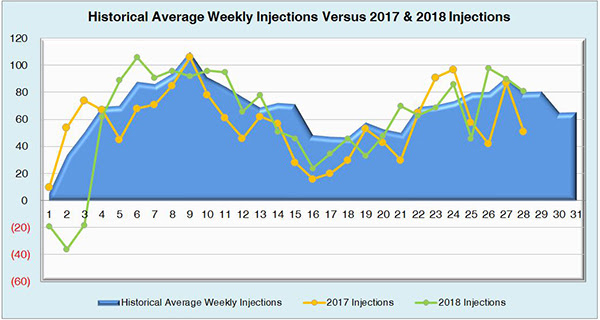 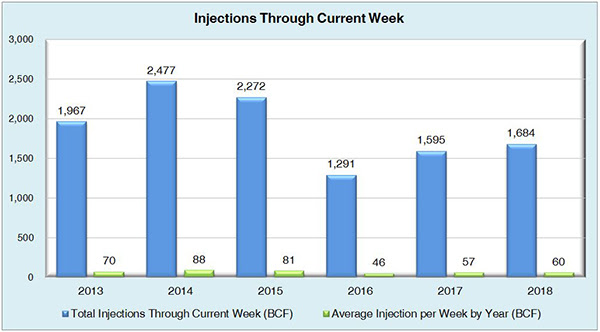 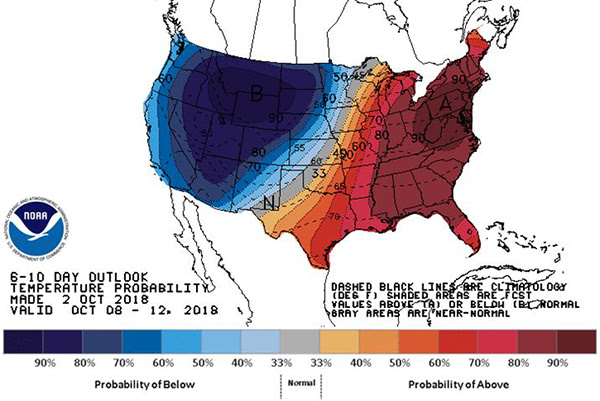 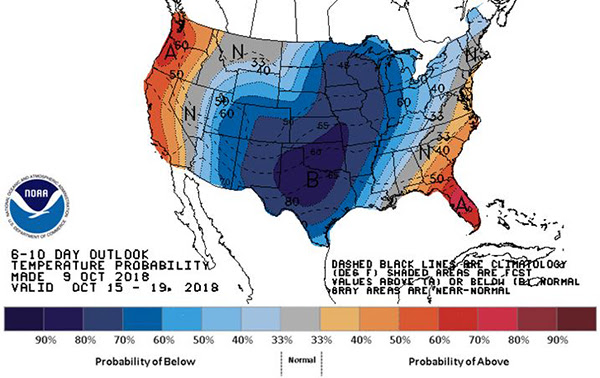