Injection season wrapped up on a bullish note this morning as the reported build of 48 Bcf fell short of the 50 Bcf market expectation,  last year’s 65 Bcf build, and the five-year average of 62 Bcf for the same time period. Now that storage inventories heading into withdrawal season are confirmed to be the lowest volumes reported since 2005, the market’s response to any sort of cold snap (especially if it is similar to what was seen in December 2017 and January 2018) could result in some highly volatile price spikes, particularly in ISO-NE and NYISO territories due to pipeline constraints. However, NOAA’s Climate Prediction Center is forecasting a mild winter ahead with no region expected to see below-average temperatures. In addition, a 70-75% chance of a weak El Niño event forming could bring a notable amount of precipitation to the southern regions of the U.S., while the North and Northeast may see a warmer and drier climate concurrently. The market may have initially been scared over the past few weeks as the prompt month NYMEX prices have steadily climbed and maintained a presence over the $3/MMBtu mark because of storage inventory deficits, but the focus on deliverability, particularly in CAISO, ISONE, and NYISO, is at the forefront and could be a cause for a concern if any sort of inclement weather events happen to occur.

The December 2018 NYMEX Futures price began the day around $3.26/MMBtu prior to the report’s release, but has since dropped to $3.25/MMBtu after the report was posted. 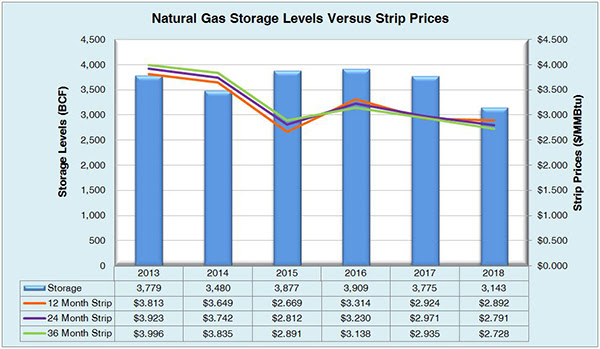 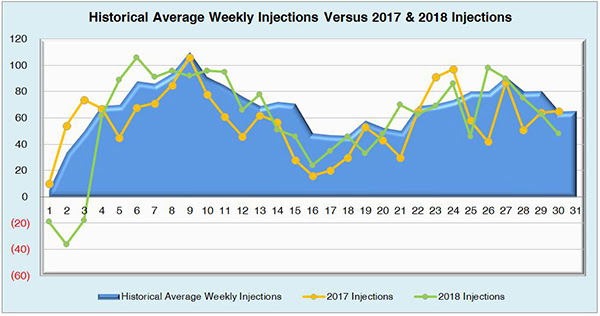 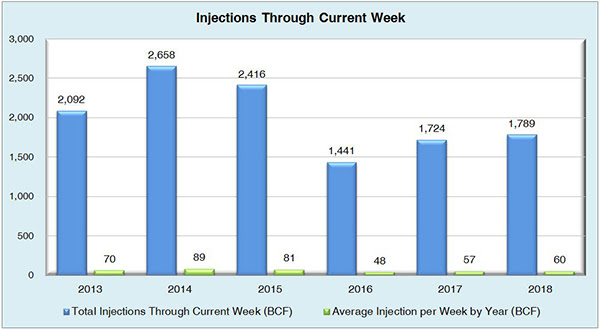 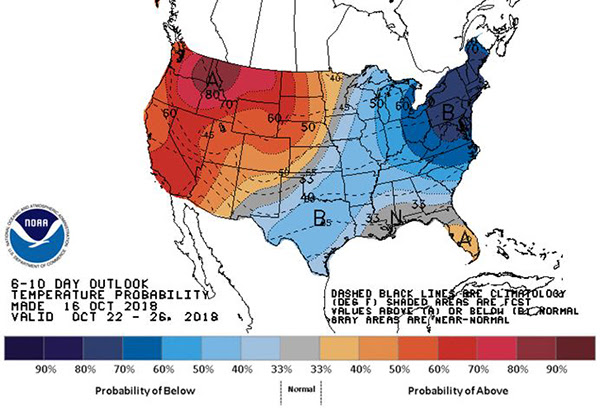 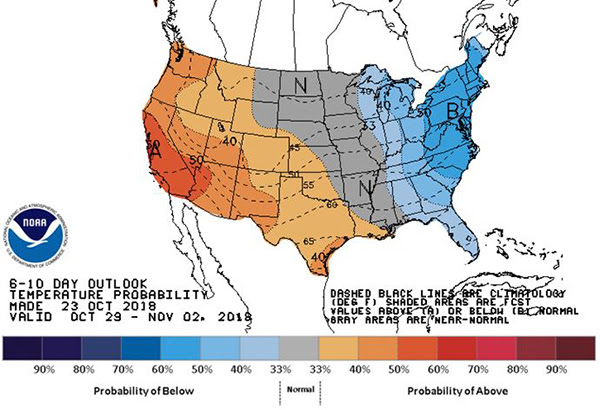