Despite the November-March NYMEX natural gas futures reaching levels not seen since February of 2014, the market managed to provide a neutral to slightly bearish injection of 39 Bcf, which surpassed the current expectation of 33 Bcf, last year’s withdrawal of 13 Bcf, and the five-year average injection of 19 Bcf for around the same time period. No real surprises were expected for this week’s report as notable weather patterns, particularly a cold shot stretching across the Midwest and Central regions, had yet to materialize, but a large increase in demand due to chillier temperatures, new LNG terminals coming online, and a weak to moderate El Niño initiating potentially stormy patterns in the East and South. The current market movement is partially driven by fundamental factors such as weather and low storage inventories, but the suggested catalyst behind the largest price spike seen in over a decade on the front month contract seems to be mostly technical. That being said, next week’s report will be crucial as withdrawals will finally be expected to begin while the current colder climates will concurrently drive up demand.

The December 2018 NYMEX Futures price began the day around $4.57/MMBtu prior to the report’s release, but has since plummeted to $4.14/MMBtu after the report was posted. 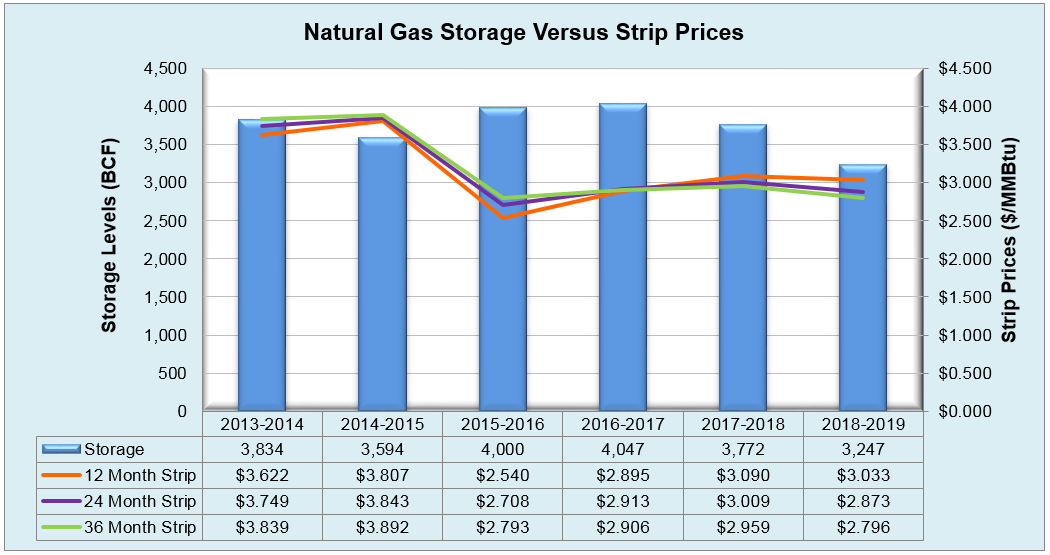 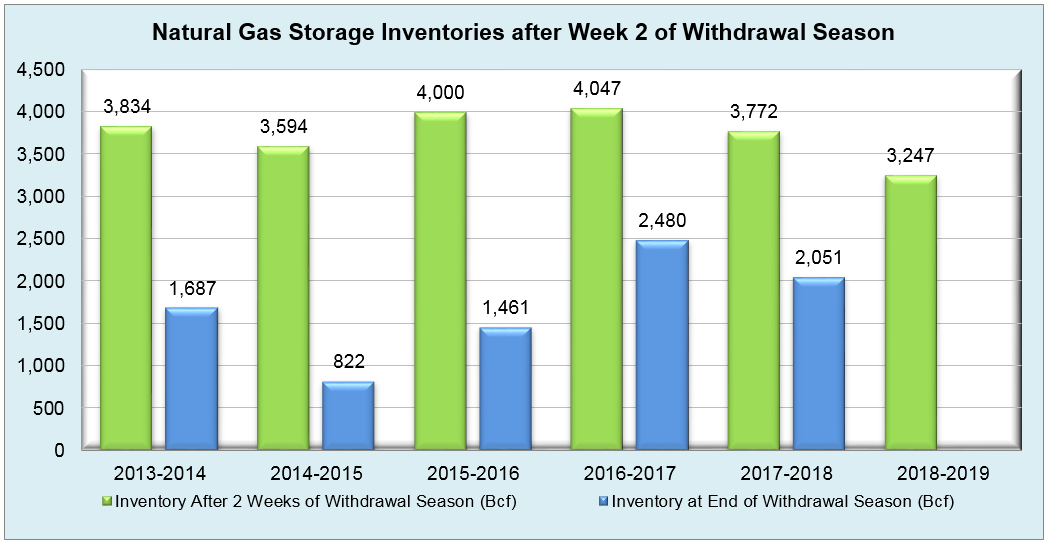 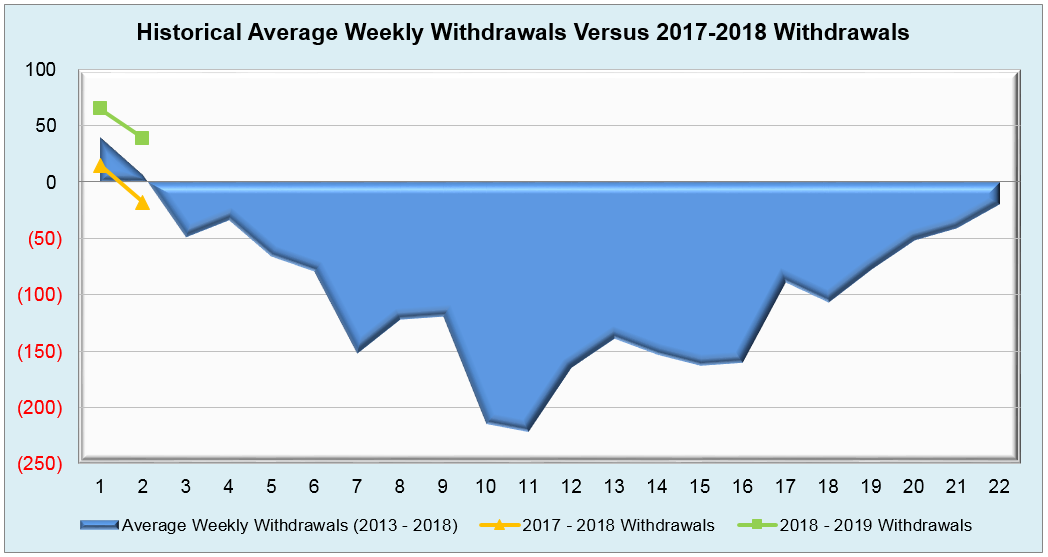 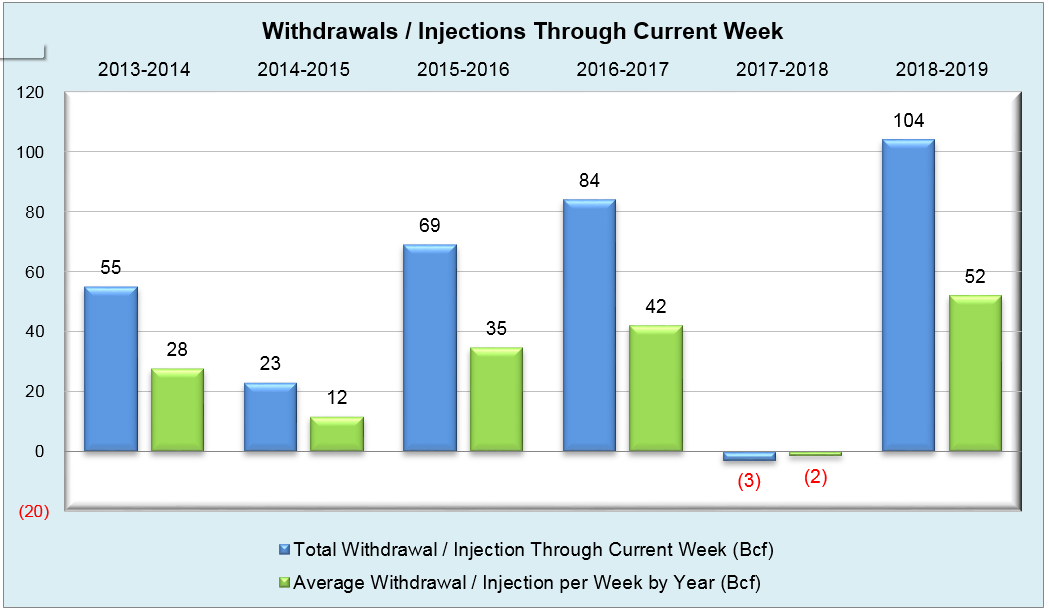 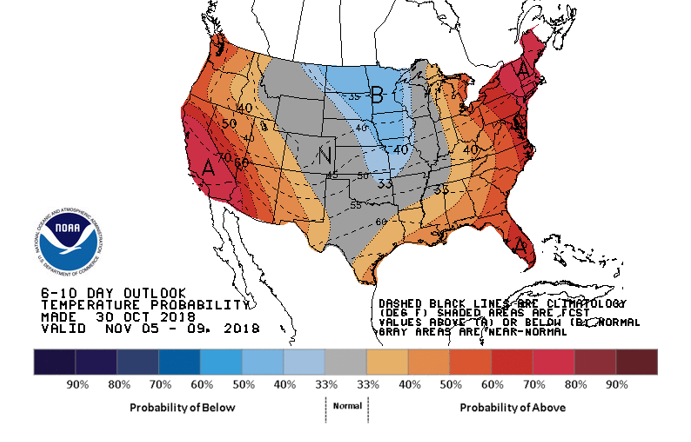 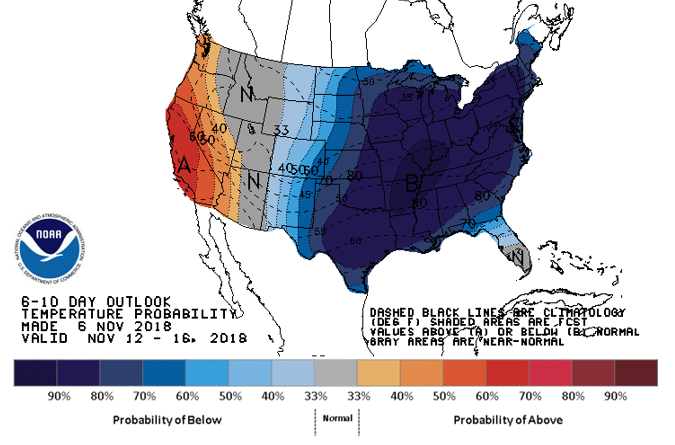