Since November, the 2018/2019 withdrawal season has seen quite the range of prompt month NYMEX swings, but after sixteen weeks into the season, prices seem to have finally leveled out. The somewhat bullish draw of 177 Bcf was slightly larger than most market expectations and historical values (134 Bcf last year and 148 for the five-year average) but shouldn’t do much to move the needle today. That being said, a late wave of colder weather patterns are expected to sweep into the Midwest, South, and East during the six-to-ten and eleven-to-fifteen day forecasts, according to Radiant Solutions. The beginning of March could potentially see a jump in the April contract month, but the exact intensity of the colder air resulting from a blocking ridge over Alaska has yet to be determined. As for power prices, most major hubs are sitting under the five-year average when referring to monthly average rates, but PJM IL North has surpassed last year’s average due to the recent yet short polar vortex in the region. A region to watch in the near future will be ERCOT, as the CEO of the RTO has stated that emergency situations could arise this summer with the recently reported decrease in reserve margins to 7.4%. The shoulder months ahead should give some time for preparation, but any sort of record heat could spell trouble, as it usually does.

The March 2019 NYMEX Futures price began the day around $2.67/MMBtu prior to the report’s release, but has risen to $2.68/MMBtu after the report was posted. 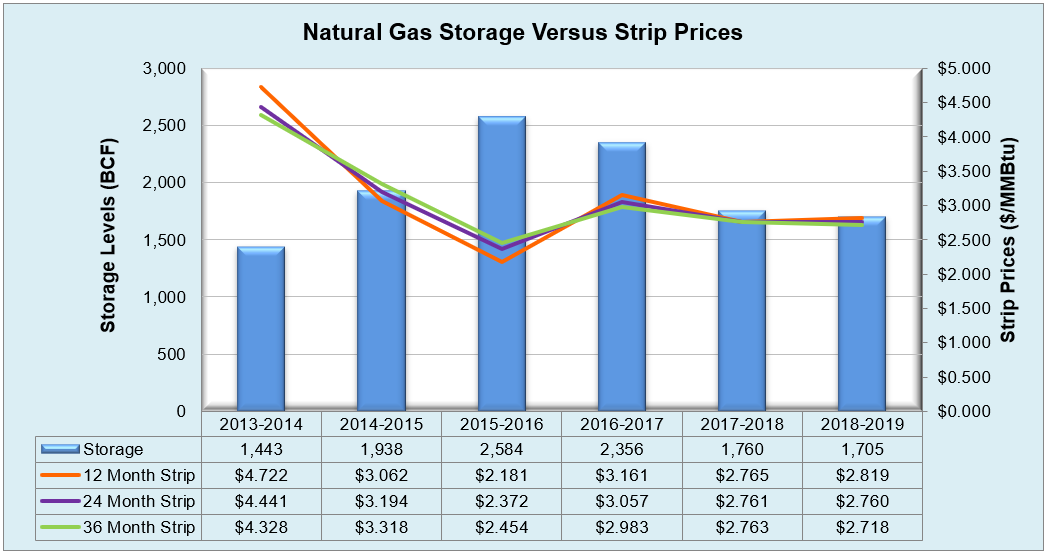 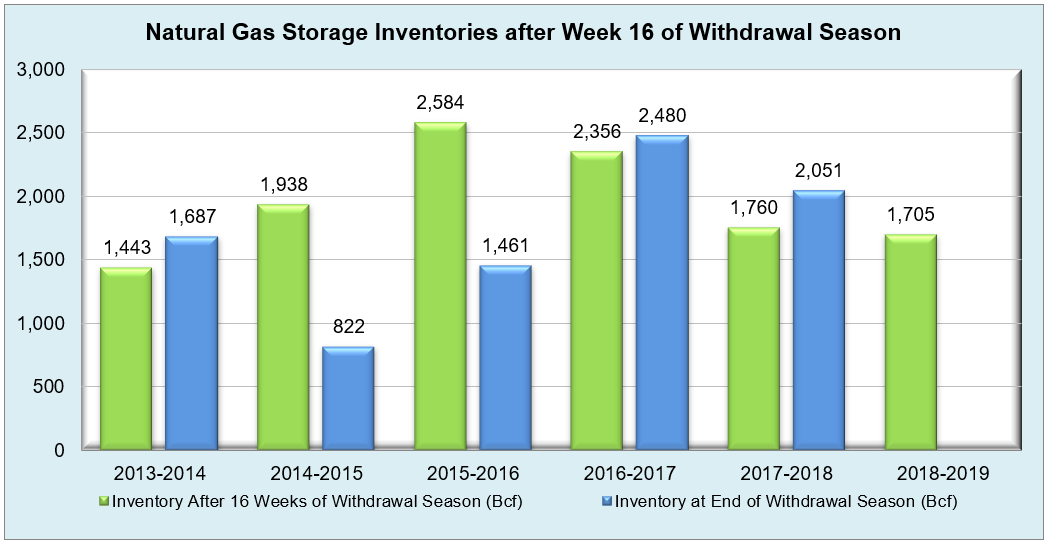 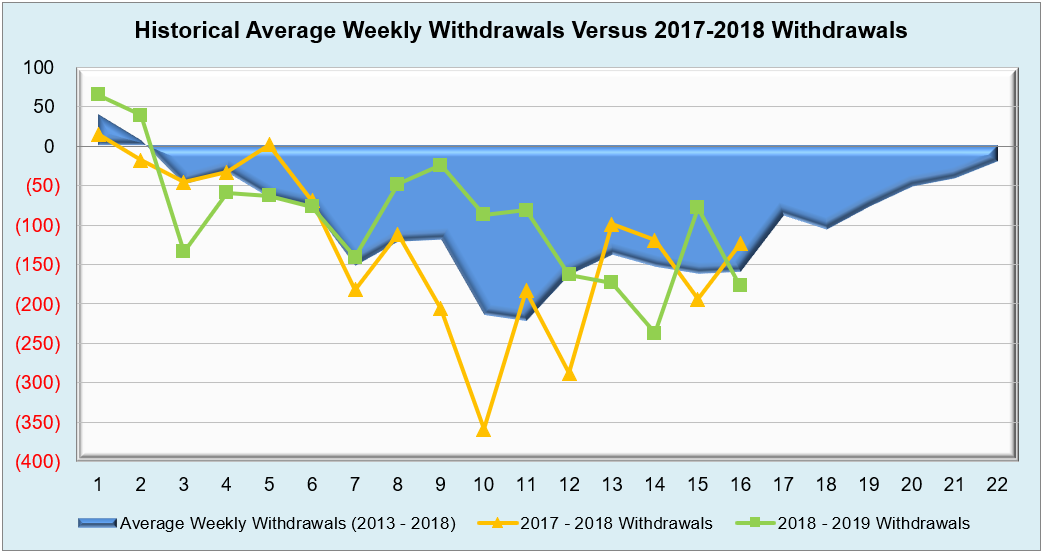 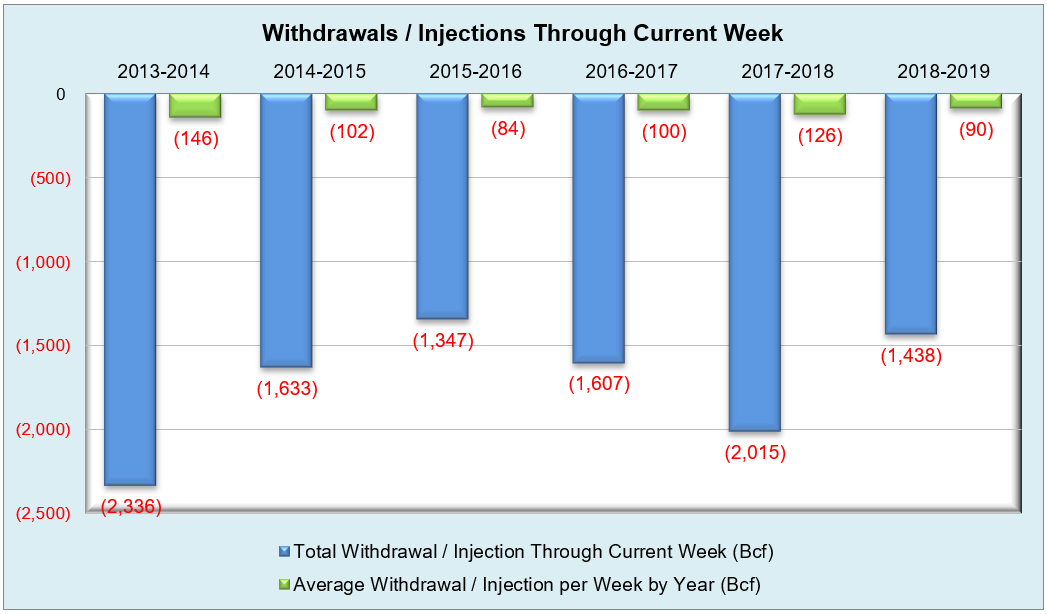 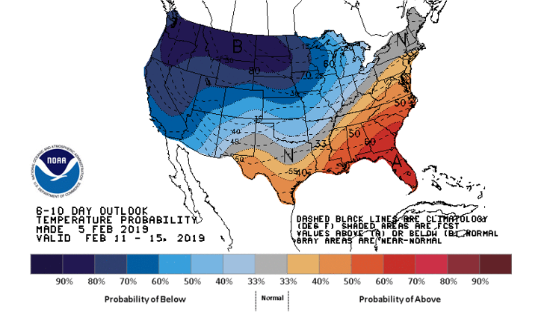 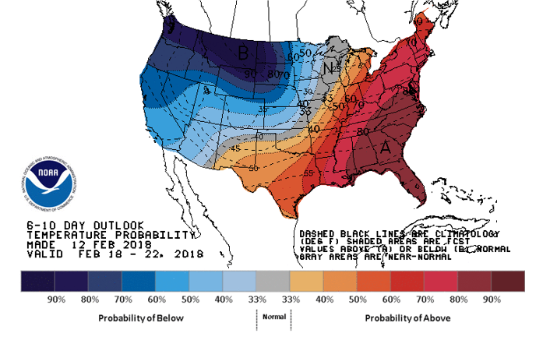