As withdrawal season approaches its final month, this week’s slightly bearish pull of 166 Bcf ended up being much larger than normal when compared to last year’s draw of 85 Bcf and the five-year average of 104 Bcf for the same time period. The reporting period had little to show for any notable fundamental news, but the first week of March is expected to bring some cold risks that will be realized on a storage report closer to the end of the season. Major power hubs continue to stay mostly level since the short-lived polar vortex in January, and even with the potential of another blast of near-record cold weather on the way, upside risks on NYMEX futures are yet again expected to only be realized for the short term. All in all, it seems like another uneventful week following the rollercoaster of volatility that was this past winter.

The April 2019 NYMEX Futures price began the day around $2.83/MMBtu prior to the report’s release, but has slightly dropped to $*2.82/MMBtu after the report was posted. 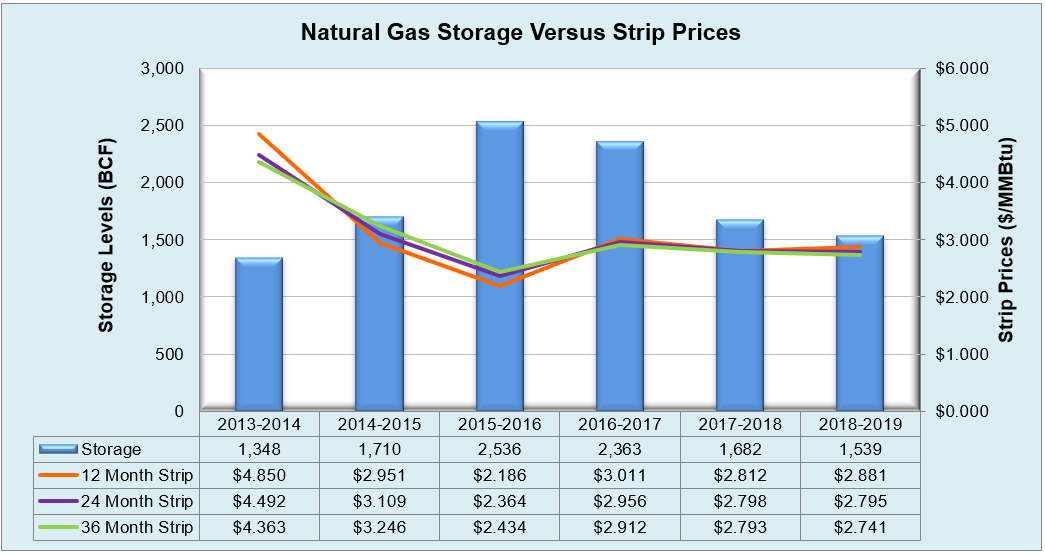 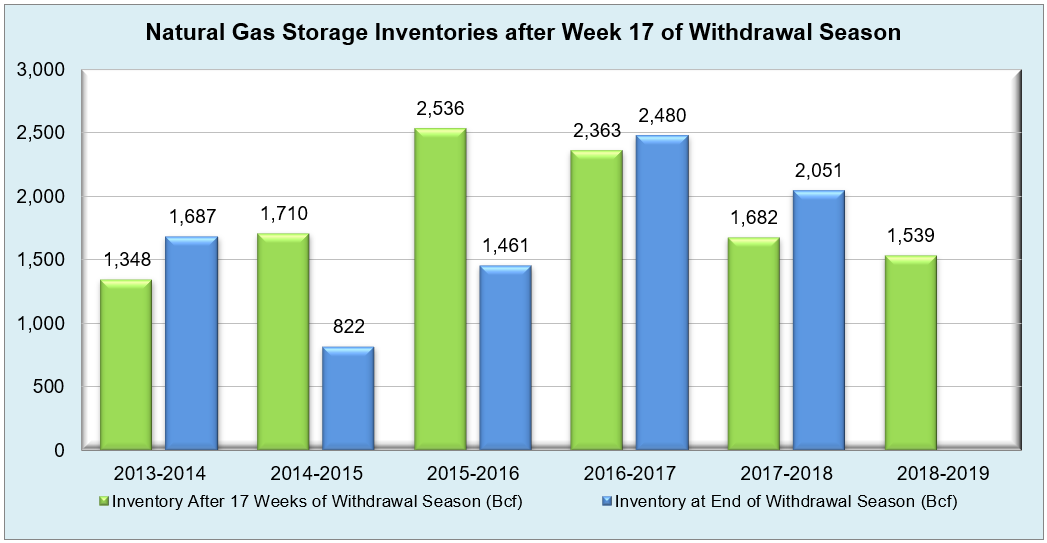 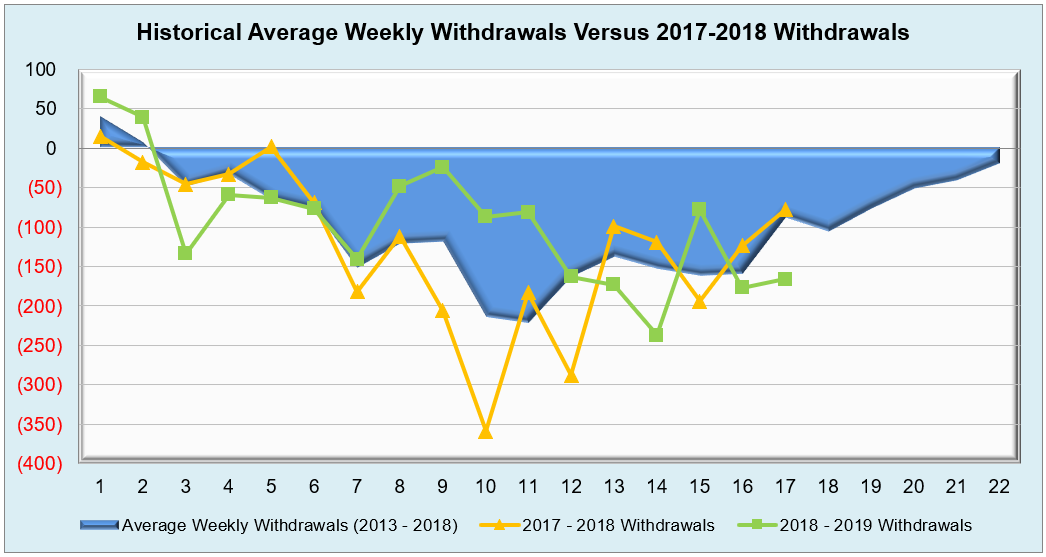 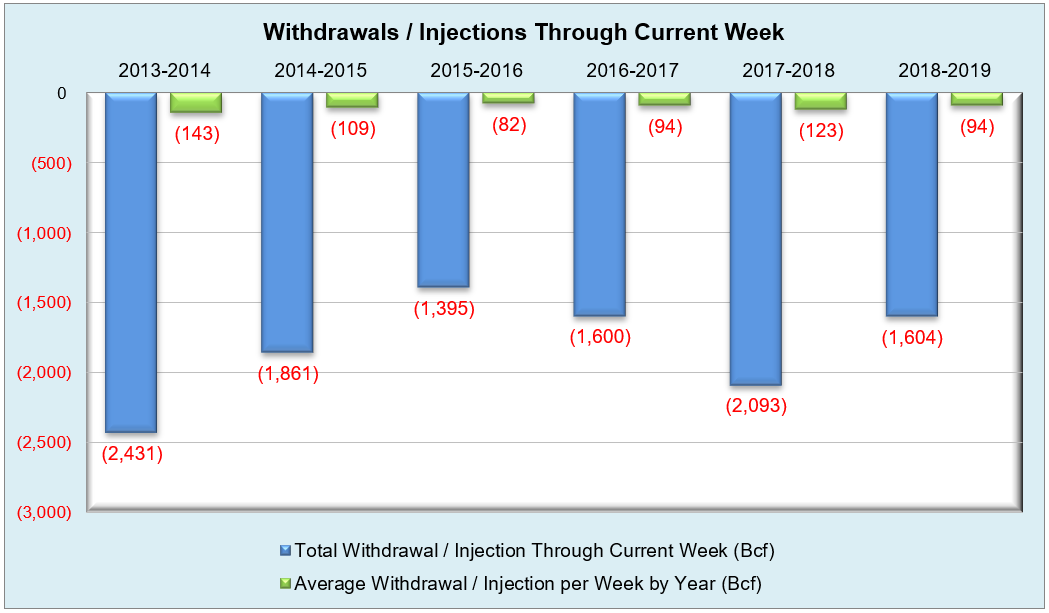 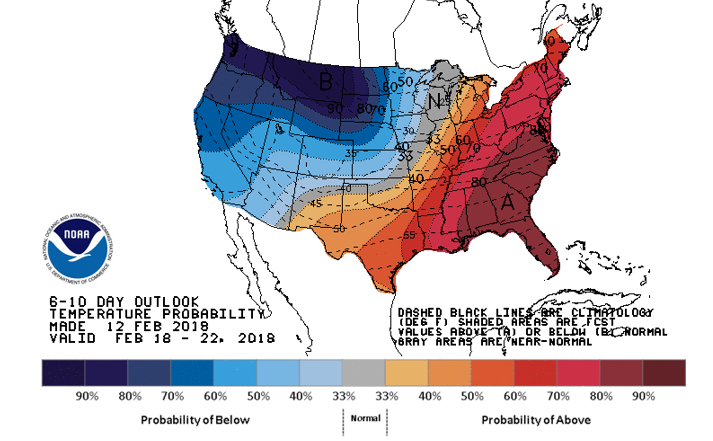 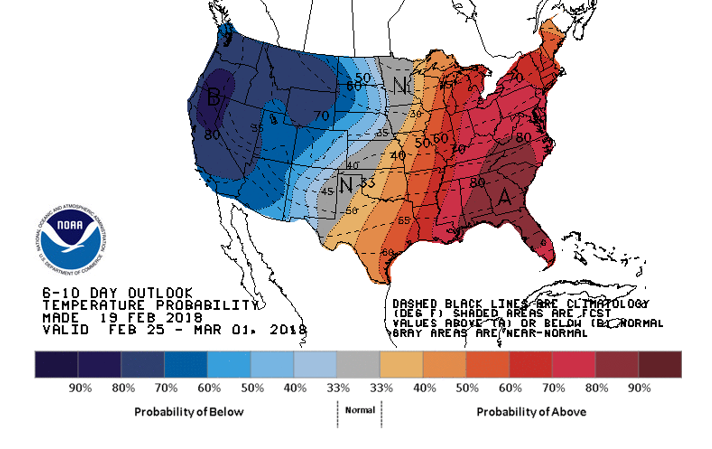