Another larger-than-expected withdrawal came to pass this week as the EIA reported a slightly bullish pull of 149 Bcf that dwarfed both last year’s draw of 60 Bcf and the five-year average of 109 Bcf. With March now upon us, cold shots concentrated in the central, northern, and eastern U.S. are bringing expectations for yet another triple digit dip into storage for next week, but much like the polar vortex earlier this year, nearly instant warming will occur after the cold event. Despite this last minute weather change, Spring, the shoulder months, and the end of withdrawal season are fast approaching in tandem, and weather-driven rallies are looking less and less likely. That being said, working gas inventories holding onto a 25% deficit against the five-year average is still a point of contention as to whether or not the $3/MMBtu mark will remain a ceiling or switch to being a floor as we head into warmer weather. The current supply picture certainly suggests the former, but next week’s report will be pivotal for the short term.

The April 2019 NYMEX Futures price began the day around $2.84/MMBtu prior to the report’s release, but remained flat after the report was posted. 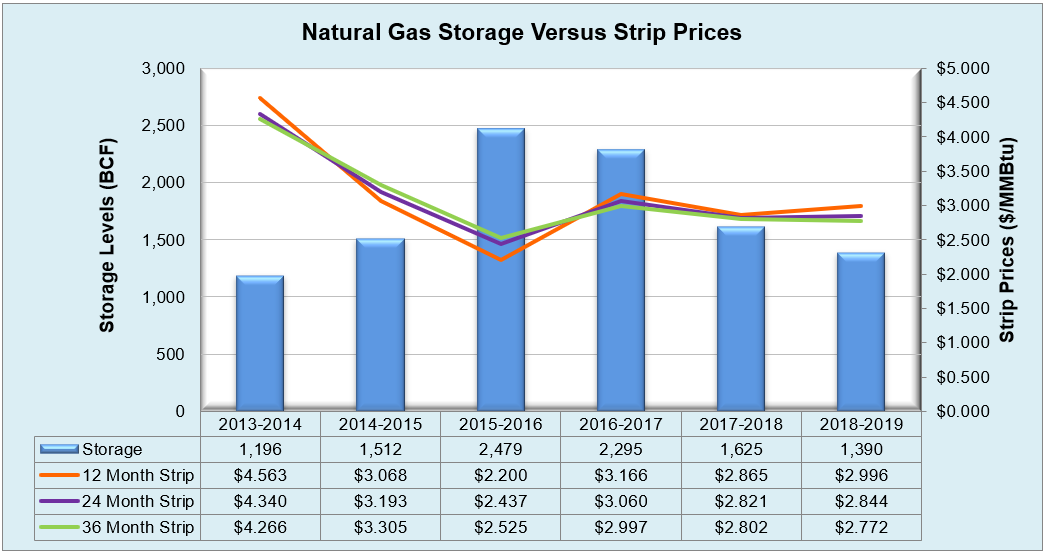 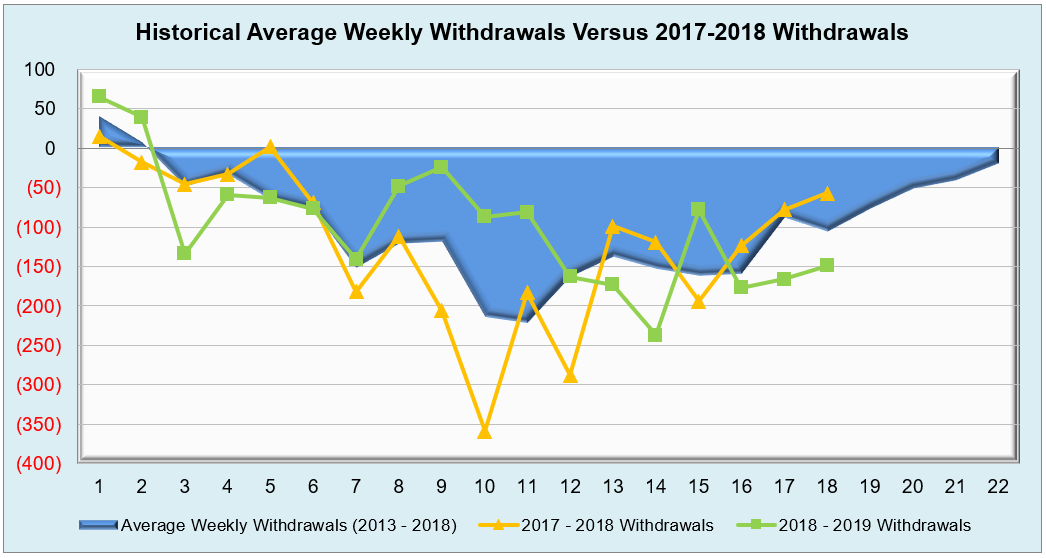 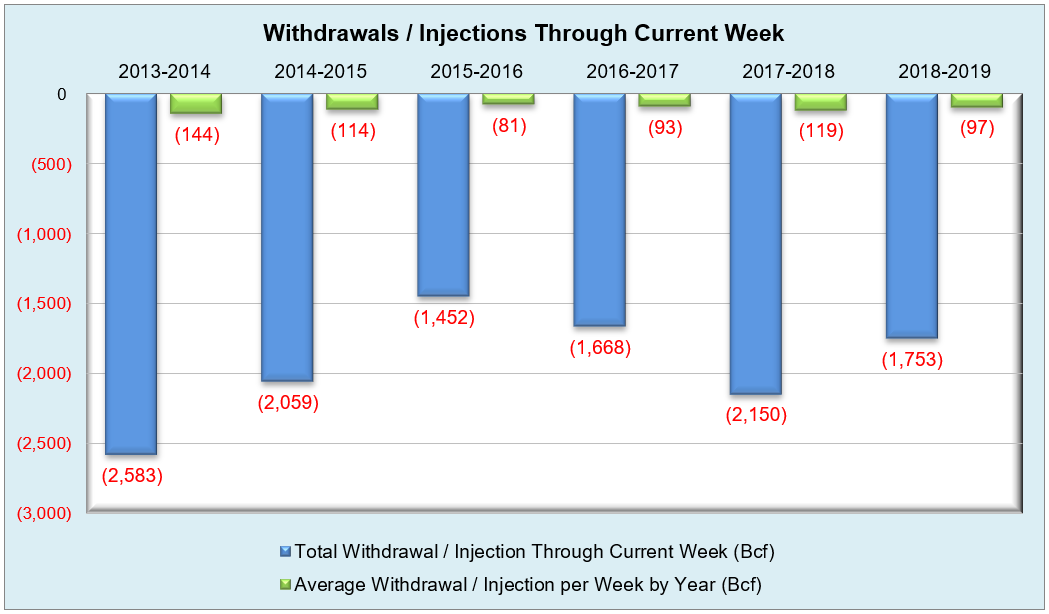 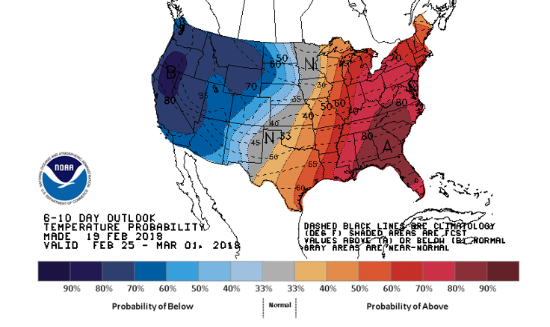 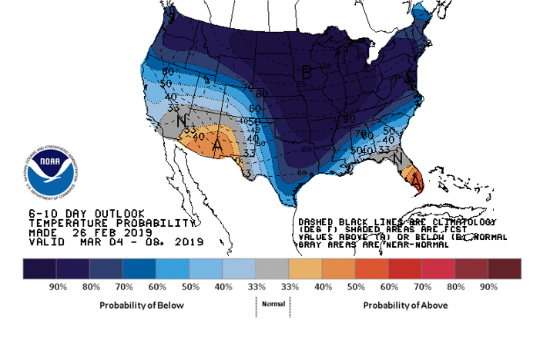