After last week’s neutral to bearish build of 123 Bcf, the latest injection of 85 Bcf is giving bulls somewhat of an opportunity to bounce back as slight upticks in heating demand in the northern regions and cooling demand in the southern regions of the U.S. coincided with dry gas production taking somewhat of a hit due to shoulder season pipeline maintenance. This injection not only matched last year’s value and surpassed the five-year average of 72 Bcf, but also continued to notably shrink the deficit in storage inventories for the sixth week in a row following withdrawal season. On the other hand, the first of three trains at the Cameron LNG facility in Louisiana is expected to become operational around mid-May, possibly contributing to an increase in natural gas demand in the South Central region that won’t necessarily tip the scales but could spur some bullish price action once live. These fundamental factors aren’t necessarily behind the recent jump to the $2.60/MMBtu range (a few sources have pointed to technical aspects such as short-covering to explain it), but their influence is steadily increasing as summer approaches, air conditioning use fires up, and consistent streaks of augmented cooling degree days occur.

The June 2019 NYMEX Futures price began the day around $2.60/MMBtu prior to the report’s release and dropped to $2.58/MMBtu after the report was posted. 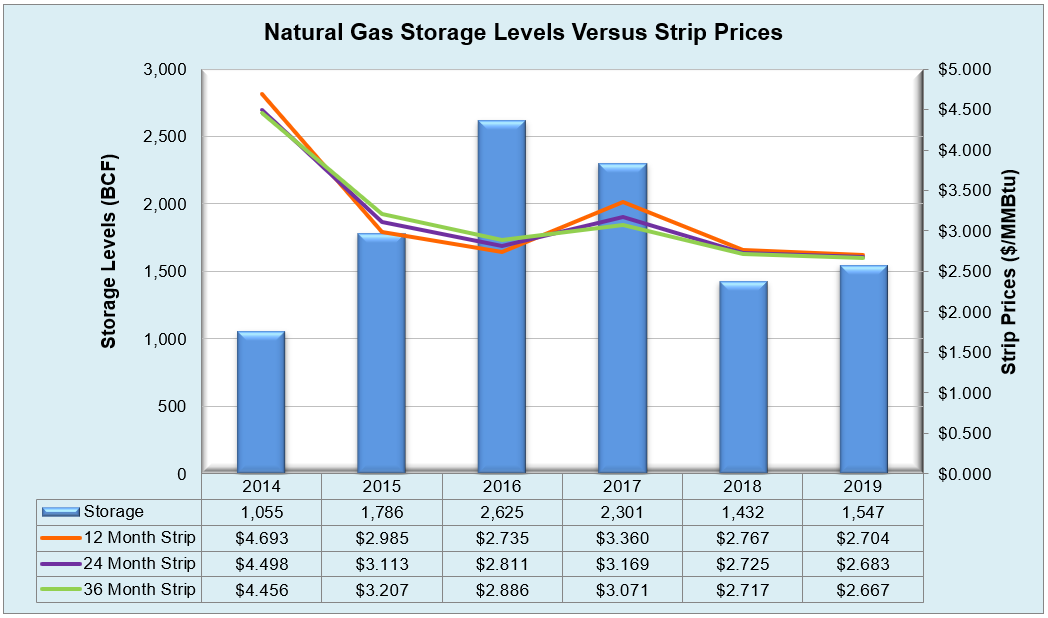 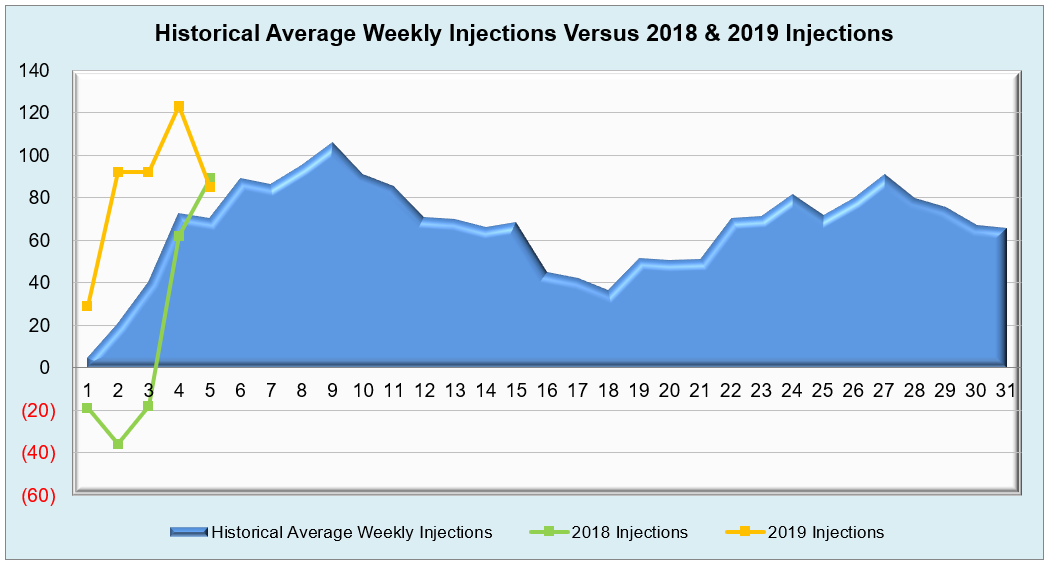 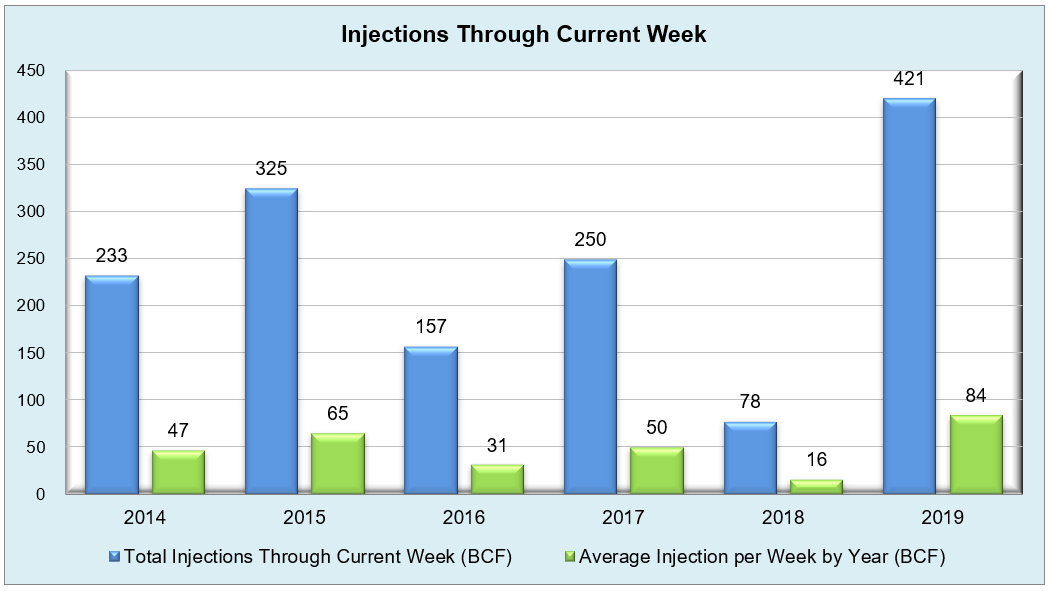 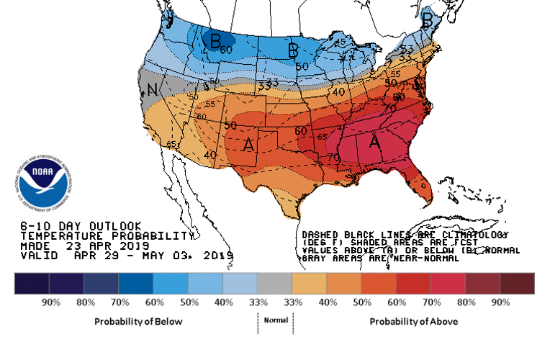 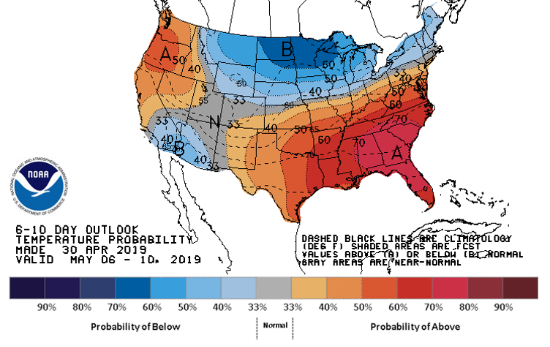