Real time rates in ERCOT may have caught some heat this last week, but storage continued to build and meet expectations with a 59 Bcf injection. Yet again surpassing last year’s 47 Bcf build and the five-year average of 51 Bcf, natural gas inventories are chugging along just fine, and the consensus (so far) is that the Lower 48 should be well supplied for the upcoming winter with a projected 3.5 to 3.7 Tcf in stock. Fundamentally, ERCOT and other portions of the south are still getting scorched, but relief, albeit brief, is slotted for the end of August as we begin the journey into the shoulder season. The last of the “first wave” of LNG terminals is operational and will begin making deliveries in September, so more demand will eventually makes its way into the equation. With approximately ten weeks left in injection season, the main aspect to watch will be the remainder of the heat in the southern regions and its effect on natural gas inventories in the regions. Power hub pricing in PJM IL North, PJM West, NYISO Zone J, and ISO-NE Internal have made little to no movement during the reporting period.

The September 2019 NYMEX Futures price began the day around $2.16/MMBtu prior to the report’s release and increased to $2.18/MMBtu after the report was posted. 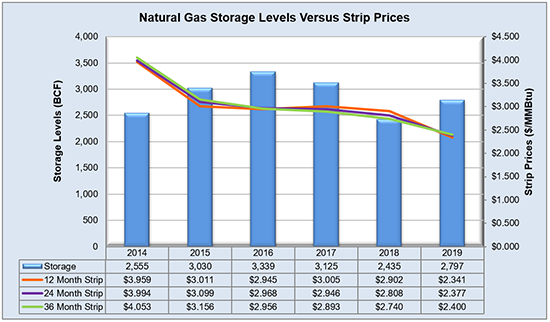 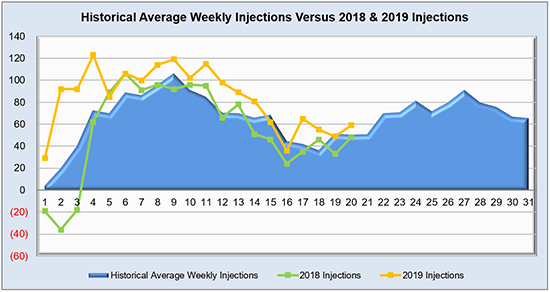 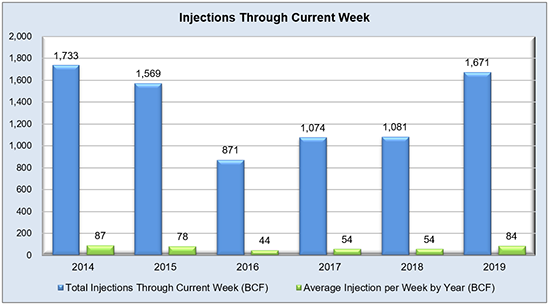 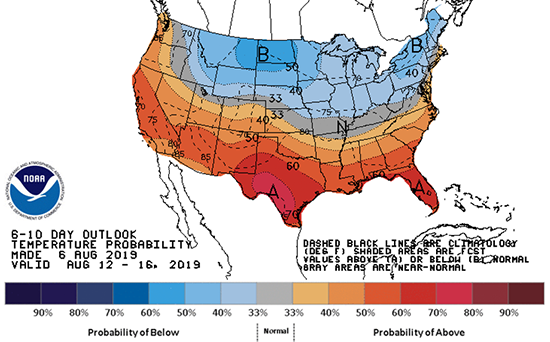