EIA’s reported injection of 60 Bcf was mostly a non-event but could be seen as a tad bearish since it surpassed a few market expectations while staying within a common range. It even fell between last year’s 66 Bcf build and the five-year average of 57 Bcf for the same time period. All in all, the fundamentals showed little surprises as the South and West continued to see heat as the remainder of the Lower 48 dealt with precipitation and mostly normal temperatures. Both dry gas production and demand spurred by LNG terminals becoming operable have notably increased at an equal pace during the reporting period, leaving trading mostly rangebound above the $2.20/MMBtu mark. Power hub indices have returned to their regularly scheduled programming after a brief but substantial jump in both major ERCOT hubs due to operating reserves reaching worrisome levels midway through August. Overall, the market seems to have levelled out for the shoulder season ahead despite being a slight bit oversupplied. Hopefully that means we don’t get another surprise like the spike sen in November 2018.

The October 2019 NYMEX Futures price began the day around $2.23/MMBtu prior to the report’s release and increased to $2.26/MMBtu after the report was posted. 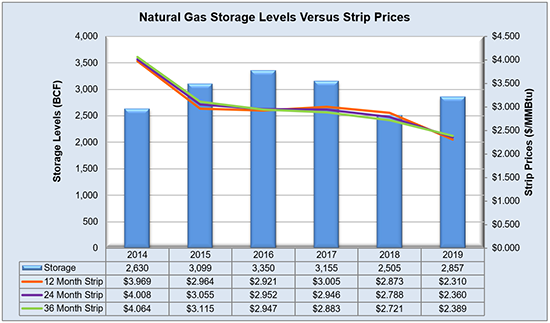 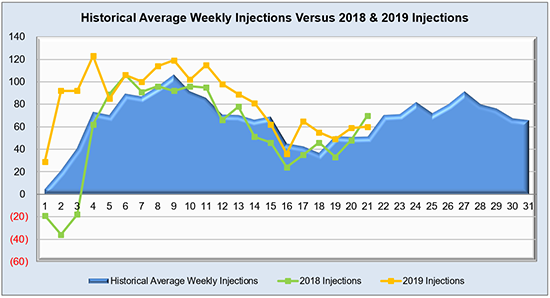 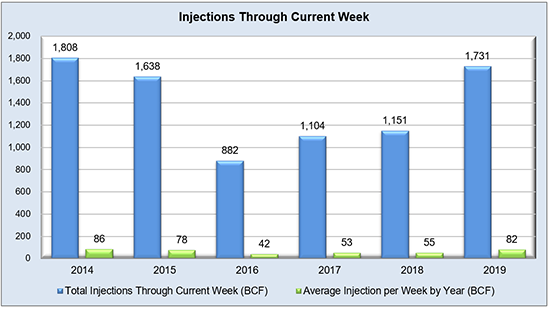 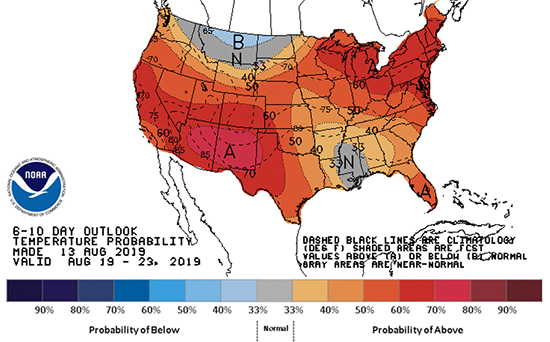 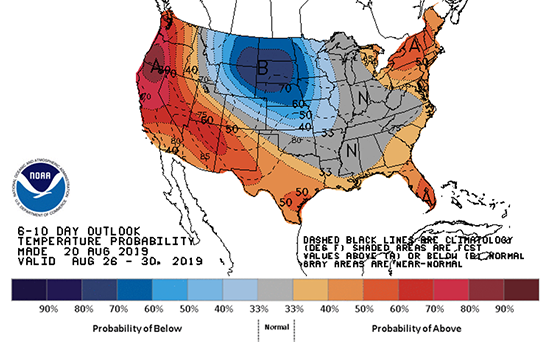