After a succession of trading days that remained mostly sideways, the market has begun to respond to a bearish 84 Bcf injection that exceeded expectations and the five-year average while matching the injection for the same time period last year. Despite the majority of the Lower 48 skewing hotter than normal during the reporting period, NYMEX futures are sliding back into a somewhat bearish state for the shoulder season. Major demand regions such as the southern U.S. and Northeast are forecasted to be warm to normal for the beginning of October, but any sustained heat by that point will be regarded as bearish. Real Time power hub prices in ERCOT have returned to mostly normal ranges following the erratic month of August, while the rest of the major price points aren’t expected to see much movement unless a particularly cold winter materializes. Next week will be another injection to watch as the effects of Tropical Storm Imelda on Houston’s demand will be defined and could lead to another bearish build.

The October 2019 NYMEX Futures price began the day around $2.62/MMBtu prior to the report’s release and dropped to $2.55/MMBtu after the report was posted. 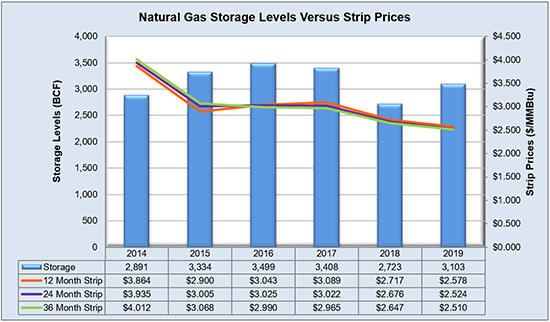 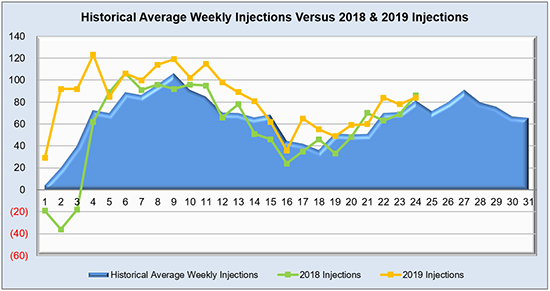 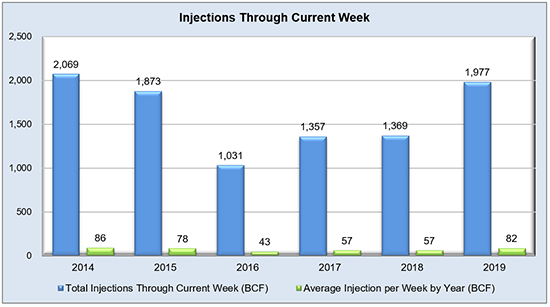 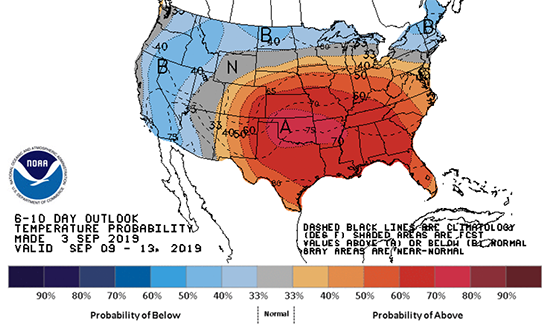 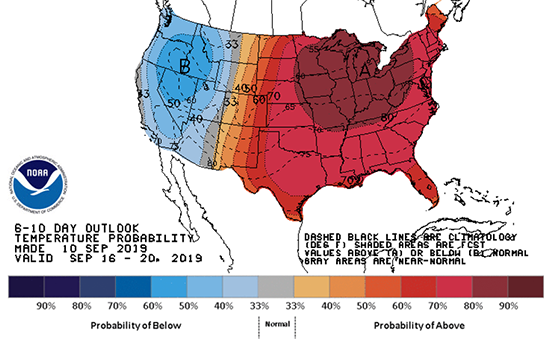